At least three people were killed after Saudi border soldiers fired a barrage of rockets and artillery rounds at a residential area in Yemen’s northwestern province of Sa’ada, only hours after the Saudi-led coalition agreed to a two-month ceasefire in Yemen.

The victims died as Saudi military struck the Shada’a district, according to a report by the Arabic-language al-Masirah television network.

Furthermore, in the previous 24 hours, the Saudi-led military coalition’s soldiers and mercenaries have violated a truce agreement in the western coastal region of Hudaydah 81 times.

The violations included spying flights over several localities, including the Hays and al-Jabaliya districts, 25 cases of artillery firing, and 66 gunshot incidents, according to an unnamed source in Yemen’s Liaison and Coordination Officers Operations Room.

According to Reuters, UN Special Envoy for Yemen Hans Grundberg announced the ceasefire on Friday, saying that the two-month truce will begin at 7:00 p.m. local time (1600 GMT) on Saturday and may be renewed with the parties’ approval.

UN Secretary General Antonio Guterres said the truce “must be a first step to ending Yemen’s devastating war,” urging the concerned parties to build on the opportunity to “resume an inclusive and comprehensive Yemeni political process.”

The deal stipulates halting offensive military operations, including cross-border attacks, and allowing fuel-laden ships to enter Yemen’s lifeline al-Hudaydah port and commercial flights in and out of the airport in the capital Sana’a “to predetermined destinations in the region.”

Mohammed Ali al-Houthi, a member of Yemen’s Supreme Political Council, also said on Twitter that the truce’s “credibility would be in implementation.”

Another senior Ansarullah official, Abdul Malik al-Ajri, also welcomed the truce but said it would not accommodate most of the urgent demands of the Yemeni nation.

Ajri stressed that the Sana’a-based National Security Government is determined to secure a complete removal of the cruel Saudi-led siege and stop all actions that endanger the lives of ordinary Yemenis, according to al-Khabar al-Yemeni news website.

“The ceasefire will reduce the hardship and problems of our people, and will be a prelude to the complete lifting of the siege and a final solution,” Ajri pointed out.

Saudi Arabia launched the devastating war against Yemen in March 2015 in collaboration with a number of its allies and with arms and logistics support from the US and several Western states.

The objective was to bring back to power the former Riyadh-backed regime and crush Ansarullah resistance movement, which has been running state affairs in the absence of an effective government in Yemen.

The Saudi-led war has stopped well short of all of its goals, despite killing hundreds of thousands of Yemenis and turning the entire country into the scene of the world’s worst humanitarian crisis.

Iran Warns of Crushing Reaction to Any Israeli Attack 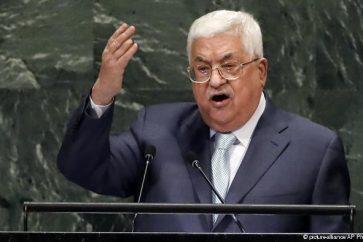