A state-run Chinese newspaper says it is “wishful thinking” to expect that Beijing will join a US-led naval mission purportedly aimed at protecting shipping lanes in the Persian Gulf.

The Global Times reported that the US bid to form a coalition of escorting vessels through the Strait of Hormuz is actually part of Washington’s strategy “to comprehensively crack down” on Iran.

However, only “a handful of countries” have responded to the US propaganda campaign against the Islamic Republic, the paper added.

Some Americans wish China would participate in the mission in a bid to mitigate tensions between the two sides, but such an expectation is very unlikely to happen as it would endanger the interests of both Beijing and Tehran, according to the report.

“This is obviously wishful thinking. Iran is a comprehensive strategic partner of China and China is dedicated to safeguarding peace and stability in the Persian Gulf. Such a coalition would only damage Iran’s interests and thus China’s,” it said.

It further highlighted China’s close cooperation with Iran in fighting pirates and its attempts to maintain regional stability and security.

China has sent naval fleets on escort missions to the Gulf of Aden as well as waters off Somalia and established a support base in Djibouti for the People’s Liberation Army ships, the report said.

“There should be a maritime coalition, but definitely not one led by the US or one meant to serve US strategies. The coalition should actually safeguard the interests of Persian Gulf countries and their legitimate trading partners,” it pointed out.

The Global Times report also complained about “Washington’s arrogance and reckless moves” which have caused turmoil in the Persian Gulf.

The United States has been trying to persuade its allies into joining a coalition with the declared aim of providing “security” for merchant shipping in the Strait of Hormuz through which about a fifth of all oil consumed globally passes.

Only Israel and the UK have welcomed the call, which has not been well received among Washington’s other allies.

The US is trying to project its campaign as a bid to secure the Persian Gulf, but “the Europeans argue that Washington created the problem in the first place by trying to kill off Iran’s oil exports”, the New York Times wrote this month. 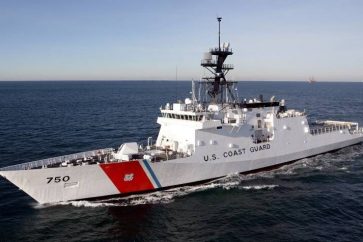