Foreign Policy: Saudi ‘Capital of Drug’ in the Middle East

Saudi Arabia has become the drug capital of the Middle East and is struggling to crack down on regional and international trafficking of a highly addictive substance popular with the Kingdom’s young people, the Foreign Policy reported this week.

Under the title, “Saudi Arabia Is the Middle East’s Drug Capital”, Anchal Vohra wrote that multi-billion-dollar market in Captagon pills is fueled by the growing demand in Saudi Arabia, noting that this has become a serious domestic concern and a major bone of contention with its neighbors.

Captagon is said to be the new craze in the wealthiest Arab nations. Trafficking of the drug is a major source of tension in Riyadh, as revealed by FP.

According to the UN Office on Drugs and Crime (UNODC], between 2015 and 2019 more than half of all Captagon pills seized in the Middle East were in Saudi Arabia.

The drug of choice for Saudi youth became popular in the region at the height of the Syrian crisis when fighters took the pills to get them through long battles, according to the magazine.

“As time went by and the US imposed sanctions on Syrian President Bashar Al-Assad and his coterie, it fueled a drug trade and created its own shadow economy.”

“Riyadh has been in a seemingly unwinnable battle to stop the illicit trade. There were three major drug busts in quick succession over the past month, but the crackdown is likely to prove futile unless it targets the source, which is why drug trafficking has become a geo-political matter. The Saudis have insinuated that Lebanon’s Hezbollah is behind the production and transportation of cannabis and Captagon which find their way into the Kingdom.”

FP claimed, meanwhile, that the tiny pills, which are easy to make, are being mass-produced in Syria and Lebanon, adding that Riyadh is demanding that the two countries do more to stop the trade.

It pointed to what it has called ‘diplomatic pressure’ by Riyadh to contain the problem on the supply side. However, the FP added that the Kingdom faces an equally challenging hurdle on the demand side.

“It’s claimed that the Saudi lifestyle and social restrictions are the leading cause of drug use in the Kingdom, which is one reason why some commentators believe that Saudi Crown Prince Mohammed Bin Salman is opening up the country to western entertainment and music.”

Behind Gulf’s “Bright Initiative” for Lebanon: Hezbollah the Main Target! 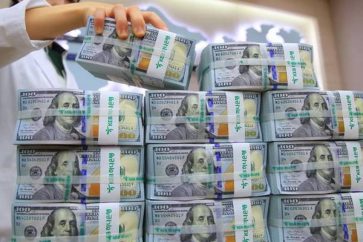