Israeli occupation forces on Sunday shot dead a Palestinian and injured four others near the Gaza border, before brutally extracting the martyr’s body with a bulldozer.

In a widely shared distressing video, an Israeli armored bulldozer was filmed repeatedly crushing the body of the martyred Palestinian with its blade, then grabbing the corpse with the blade and swinging the body back and forth in the air.

Media sources in Gaza said several Palestinians tried to reach the two Palestinians to provide them with the needed medical care and move them to a hospital, but a military bulldozer sped towards them and drove over the corpse of the martyred Palestinian, before scooping it using the bulldozer’s plow.

The second Palestinian was injured with a live round in his leg and was rushed to a hospital in Khan Younis, after the Palestinians managed to evacuate him before the soldiers could reach him.

The Palestinian Health Ministry in Gaza has reported that two other Palestinians were shot and injured by Israeli army fire while attempting to help evacuate the wounded.

The occupation army for its part, said its soldiers observed two Palestinians approaching the perimeter fence, claiming they were placing an explosive device.

It alleged that the occupation soldiers then rushed to the scene and fired live ammunition at the two Palestinians, causing the explosive device to explode.

Meanwhile, the occupation army acknowledged it has extracted the body of the Palestinian martyr.

“Following the successful thwarting of the attack near the Gaza Strip fence earlier this morning, an IDF (Israeli army) bulldozer extracted the body of one of the attackers,” an Israeli military spokeswoman claimed, referring to IOF (Israeli Occupation Forces). 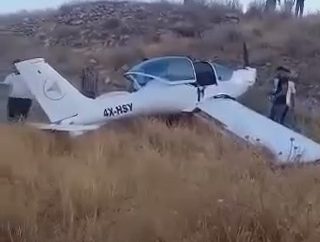