The Iraqi army was trying on Thursday to reach a town south of Mosul where the so-called ‘Islamic State of Iraq and the Levant’ (ISIL) terrorist group has reportedly executed dozens to deter the population against any attempt to support the US-led offensive on the terrorists’ last major city stronghold in Iraq.

Eleven days into what is expected to be the biggest ground offensive in Iraq since the US-led invasion of 2003, army and federal police units were fighting off sniper fire and suicide car bombs south of Hammam al-Alil, the site of the reported executions on the outskirts of Mosul, an Iraqi military spokesman said.

The militants shot dead dozens of prisoners there, most of them former members of the Iraqi police and army, taken from villages the group has been forced to abandon as the troops advanced, officials in the region said on Wednesday.

The executions were meant “to terrorize the others, those who are in Mosul in particular”, and also to get rid of the prisoners, said Abdul Rahman al-Waggaa, a member of the Nineveh provincial council. Some of the families of those executed are also held in Hammam al-Alil, he said. 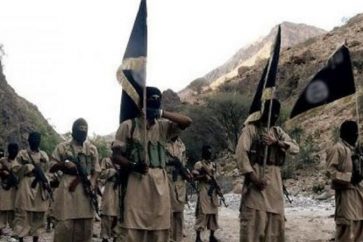