Whether the statements attributed to Qatar Emir were true or the they were published on the website of the Qatari news agency (QNA) via hackers, the political scene which resulted from the media war on Wednesday confirms that the unanimity image of Riyadh summit was falsely promoted by Al Saud regime.

The latest reports stress that UAE banned the Qatari news websites on its cyber system and that Saudi, Emirates and Bahrain withdrew their envoys to Doha which indicates that the diplomatic escalation proves the depth of the political rifts among the Gulf countries.

According to statements attributed to the Qatari leader, Emir Hamad Al Thani said that Iran is a major Islamic force which has an important role in the region and that Hezbollah is a resistance group.

According to the statements, Al Thani also considered that it is unwise to confront Iran, adding that some neighboring countries have ambitions in Qatar.

Later, QNA announced that its website was hacked and that the statements are untrue; however, the Saudi and Emirati media outlets insisted on lashing out the Qatari statements, accusing Doha of causing partition among the Arab countries.

KSA and UAE media outlets also considered that Doha devoted all its capabilities to be the voice of the militant groups, describing the Qatari step as a disaster. 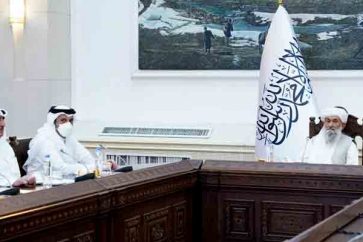 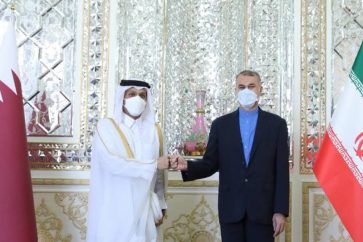