Hunger-striking Palestinian prisoner Khalil Awawdeh said late Friday that he will continue his hunger strike until the most comprehensive, final decision is taken, which is his release.

“The suspension of the prisoner’s administrative detention is a step that allows his family to keep an eye on him and stand by his side,” said Dalal Awawdeh, the hunger-striking prisoner’s wife. “The prisoner’s lawyer submitted a petition to the Supreme Court earlier today,” she added.

In a video filmed by him from inside the Asaf Harofeh hospital in the occupied Palestinian territories, prisoner Awawdeh said: “The decision to suspend the administrative detention [does not mean] an end to the [hunger] strike, and I will continue [hunger] strike[ing] until the more general and comprehensive decision comes, which is the decision of my release.”

“The decision to suspend prisoner Awawdeh’s administrative detention is laughable,” the Commission of Detainees and ex-Detainees’ Affairs said. “We must ignore it in terms of the media and public.”

“What is needed is more pressure on the occupation and the implementation of all means of support for this heroic [hunger] strike,” the commission added.

The Commission of Detainees and Ex-Detainees Affairs warned on Sunday of the possibility that Awawdeh could die surprisingly as his health condition deteriorates drastically.

An Israeli occupation court held last week an unplanned court session for Awawdeh due to his deteriorating health condition. He was still in the “Ramleh” prison clinic, however, without being transferred to a hospital.

The freedom of Awawdeh was one of the clauses of the Egyptian-mediated ceasefire between Palestinian Islamic Jihad (PIJ) and the Israeli occupation, which took place earlier this week after several days of Israeli aggression on the Gaza Strip, killing dozens of Palestinian civilians and wounding hundreds of others.

The head of the political department in the Islamic Jihad Movement, Muhammad Al-Hindi, said on August 7 that “a formula for the Egyptian declaration of the truce agreement has been reached, and it includes Egypt’s commitment to work for the release of the two prisoners, Khalil Awawdeh and Bassam Al-Saadi.” 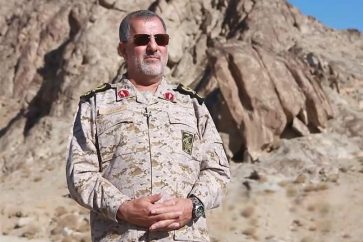