President of the European Commission Ursula von der Leyen and Prime Minister of Italy Mario Draghi were scheduled to visit the Israeli occupation on Monday as the EU seeks to reduce its reliance on Russian fossil fuel imports.

Both leaders were scheduled to hold energy talks in “Israel”, which has transitioned from a natural gas importer to an exporter in recent years due to large offshore discoveries.

Mario Draghi, who is on his first Middle East trip since taking office last year, will also discuss energy and food security during his two-day trip, according to Italian media.

Both leaders will meet Palestinian Prime Minister Mohammed Shtayyeh in the occupied West Bank on Tuesday.

The EU formally adopted a ban on most Russian oil imports this month, the EU’s toughest sanctions yet against Russia over the war in Ukraine.

It is worth noting that Von der Leyen has proposed that the EU phase out its reliance on Russian hydrocarbons, including gas, by 2027.

Draghi and other EU leaders have warned that as energy prices rise, European customers may require protection.       Israeli Energy Minister Karine Elharrar and other officials have stated that if “Israel” can deliver gas from occupied Palestinian offshore reserves, which are estimated to be worth nearly 1,000 billion cubic meters, it could help meet EU demand.

Before Von der Leyen’s visit, European Commission spokesperson Dana Spinant told reporters to “stay tuned for announcements on energy cooperation with Israel and other partners in the region.”

For the time being, supplying gas to Europe would be difficult and would necessitate significant and long-term infrastructure investments.

With no pipeline connecting its occupied Palestinian offshore fields to Europe, one option for the Israeli occupation is to pipe natural gas to Egypt, where it could be liquefied and shipped to Europe.

Another possibility is the construction of a pipeline to Turkey.

The EastMed project, a proposal for a seafloor pipeline connecting “Israel” with Cyprus and Greece, is option three.

Experts have raised concerns about the project’s cost and viability, while “Israel” has stated that it would like to see Italy sign-on. 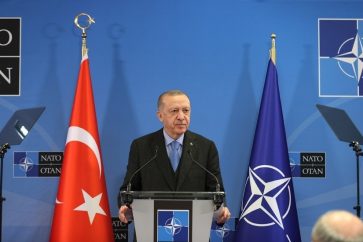 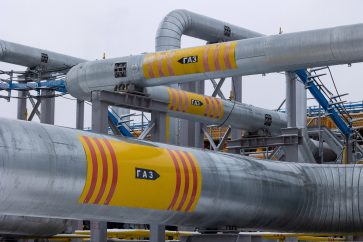