Iran supports the role of Iraq as a mediator in the disputes with the countries with which Tehran’s relations have become strained, the Iranian ambassador to Baghdad said.

In an interview with IRNA news agency, Iraj Masjedi said Iran supports Iraqi mediation to broker a thaw with the countries with whom Tehran’s relations have faced challenges.

He said the Iraqi officials have been informed of Iran’s willingness.

The Islamic Republic supports the development of Iraq’s ties with the Arab world and welcomes and encourages any move resulting in closer cooperation and proximity among the neighboring and regional states, the envoy added.

Asked if such Iraqi mediation has yielded any results so far, Masjedi said it needs time to observe practical results, because there are still no tangible and clear progress.

“It seems the international conditions and the regional situation have created a more positive atmosphere for the settlement of a series of problems between Iran and the other countries,” the ambassador stated.

He finally emphasized that the improvement of situation and promotion of cooperation and friendship among the regional countries, particularly the neighbors, would serve the benefits of the region.

“This would be in the interests of people of the two countries and regional peace and stability,” the spokesman added.

His comments came after the Financial Times quoted officials as saying that senior Saudi and Iranian officials have held direct talks in Iraq in a bid to repair relations between the two countries. 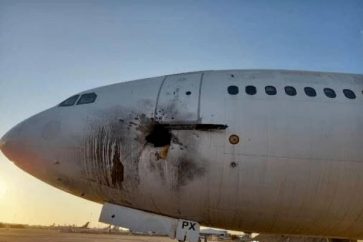