The European Union has announced its renewal of sanctions against dozens of Venezuelan officials over propped up allegations linking them to rights abuses and undermining “democracy” in the Central American nation.

The hostile measure, declared on Thursday, is in line with persisting brutal sanction imposed on Venezuela by Washington and would extend travel bans and asset freezes on 36 Venezuelans for another year, in addition to the EU’s pre-existing arms embargo against the country.

“The decision was taken in light of the ongoing political, economic, social and humanitarian crisis in Venezuela, with persistent actions undermining democracy, the rule of law and respect for human rights,” the EU claimed in a statement.

The Western bloc of nations further claimed that such measures are aimed at authorities of President Nicolás Maduro’s government and not meant to harm the Venezuelan people.

The move came as the EU joined the hawkish administration of US President Donald Trump in sponsoring Venezuelan opposition figure Juan Guaidó, who as head of the country’s National Assembly declared himself “interim president” on January 2019 . The arbitrary move was followed by a botched US-backed coup attempt against the elected government in Caracas.

In September, US Treasury Secretary Steven Mnuchin also announced sanctions on several Venezuelan lawmakers for supporting Maduro and for what he described as their participation in the rigging of the upcoming elections in December.

In a national address following the US measure, Maduro slammed the sanctions on the Venezuelan lawmakers and compared the Trump administration to “a mafia” that forces other countries to give in to its demands by force and through military “threats, extortion, blackmail, and aggressions.”

Washington had previously imposed several rounds of crippling sanctions against oil-rich Venezuela aimed at ousting Maduro and replacing him with Guaido, who has toured the US and European capitals to call for more sanctions against his country, insisting that such destabilizing efforts are necessary to “restore democracy” in Venezuela.

The sanctions, which include the illegal confiscation of Venezuelan assets abroad and an economic blockade, have caused enormous suffering for millions of people in the country.

The development on Thursday came shortly after reports that Venezuelan opposition figure Leopoldo Lopez had fled to Spain after spending 18 months in the Spanish ambassador’s residence in Caracas, enraging the Venezuelan government, which accused the Spanish envoy of being an accomplice in “the unlawful escape of a dangerous criminal.”

“The head of the Spanish diplomatic mission in Venezuela served as the main organizer and confessed accomplice of the… escape from Venezuelan territory of the criminal Leopoldo Lopez,” Caracas said in a statement.

It further described Spain’s behavior as “hostile, outrageous and unacceptable” and in violation of the Vienna Convention on diplomatic relations.

Moreover in September, Maduro also dismissed as “impossible” the EU’s suggestion to postpone the country’s December 6th election to meet the bloc’s conditions to dispatch an observer mission, blaming the idea on US pressure.

“It is impossible because there is a very clear constitutional mandate,” the Venezuelan president said in a nationally televised address. “We want to have a good relationship with the European Union, but Washington does not let them.”

Maduro, who has repeatedly accused Washington of openly pushing for a coup in the country, blames Washington for an economic war that has over the past years led to hyperinflation and widespread shortages of food and medicine in Venezuela.

The Venezuelan president also called on the international community, in a video speech to the UN General Assembly in September, to rally against unilateral US sanctions against various countries around the world and characterized Washington as the “most serious threat” to global peace and stability.

Maduro has repeatedly maintained that the Trump administration is persistently plotting to topple his government in a coup to seize control of the oil-rich nation’s huge crude oil reserves.

Relations between Caracas and Washington have drastically deteriorated in recent years amid multiple efforts by the US government to impose sanctions on Venezuela’s state oil company and other industries in an attempt to destabilize the country. 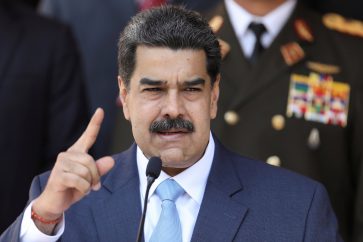 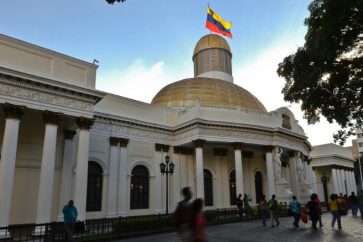