On the 20th anniversary of the 2000 liberation of south Lebanon, Hezbollah’s Military Media Center published a never-seen-before footage of senior military commander martyr Imad Mughniyeh during an operation to cleanse Al-Bayyadah post.

Al-Bayadah post was back then run by Lebanese collaborators with Israeli occupation, which was known as Lahad Army.

The footage shows Hezbollah fighters launching the operation in May 18, 2000, just few days before the liberation in May 25, 2000. Hajj Imad Mughniyeh appears in the video overseeing the attack from the Resistance operations room in an area near Al-Bayyadah post. 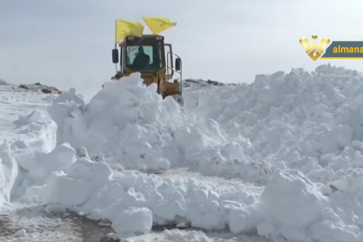