Bahrain recruited al-Qaeda terrorists in a secret plot to abolish the peaceful protests in the country and assassinate heads of opposition groups, prominent dissidents and activists, a sensational documentary by Qatar’s pan-Arab broadcaster Al Jazeera has revealed.

The 52-minute documentary, titled “Players with fire”, said Bahraini intelligence officers were in direct contact with al-Qaeda terrorists and organized them into a terrorist cell to take out Shia figures inside Bahrain.

It exposed recordings and communications between Bahraini intelligence and Al-Qaeda members to form a secret cell on the authorization of Bahraini King Hamad Bin Isa Al-Khalifa.

The documentary unveiled that King Hamad had personally intervened to ensure the plots success by having one of the Al-Qaeda commanders, Mohammed Saleh, released when he was imprisoned in Saudi Arabia. Saleh was seen in the documentary revealing that he contacted Saudi Arabian officials to ask for weapons.

Saleh, head of Al-Qaeda in Bahrain, confessed that he met officials in the National Security Agency who asked him to lead a cell to assassinate Shia dissidents in 2003.

The documentary said Bahraini intelligence officials also met with Al-Qaeda linked terrorist groups based in Iran’s south-eastern province of Baluchistan to coordinate attacks within the country.

One terrorist, Hicham Hilal al-Ballouchi, who headed the terror cell Ansar al-Forghan, had been recruited by the Bahraini intelligence in 2006 for the purpose of conducting acts of terror within the Islamic Republic, according to Al Jazeera.

The terrorists recorded their meetings with members of the Bahraini National Security for the simple reason that they did not trust them.

Iranian security forces hunted down and killed al-Ballouchi in 2015.
Weapons that Never Existed

In addition, Al-Jazeera’s documentary aired the testimony of officer Yasser al-Jalahimat, whom the Bahraini regime had ordered to command the force whose mission was to dismantle the sit-in that was taking place at the Pearl Roundabout in the capital Manama since March 2011.

Jalahimat admitted that he had never found weapons in this place at the time when the Bahraini official television was saying the opposite by presenting weapons that had been infiltrated by elements of Bahraini security.

Also in the program “The Worst is Still Hidden” which displayed the documentary, the testimony of a former US intelligence officer, named John Kiriakou, was broadcast. “The Bahraini regime undermined the people’s demands, and bet on getting the Sunnis against the Shiites, but it did not work,” he said.

“We found in the memoirs of Abu Zoubayda (a member of Al Qaeda) the names of three personalities of the royal family in Saudi Arabia. And when we contacted the officials in Riyadh, they disappeared and were found killed in the desert,” Kiriakou continued.

Moreover, and on the basis of revelations made by Salah Bandar, the former counselor in the Bahraini court, Al-Jazeera’s investigation also revealed how the Manama authorities tried to bring terrorism charges against the peaceful opposition.

“The court financed small groups and parallel services within the state to sow discord within the political arena and to stir up the Sunni community against Shiite opponents,” said Bandar.

According to him, a clandestine apparatus was established to create parallel organizations to civil society organizations and election-related institutions and to develop a structural plan to separate Shiites from Sunnis altogether. The former Bahraini adviser was able to exfiltrate these data thanks to his British nationality, says al-Jazeera.

Regime Outrage against the Documentary

In response to the Qatari channel revelations, the Bahraini regime, which has strongly backed the Gulf coalition boycotting Qatar, has denied the information uncovered by the documentary. The Bahraini authorities denounced through their Foreign Minister the “blatant lies and insolent errors,” accusing the series of “conspiracies by an outlaw state against the Kingdom of Bahrain and against the security and stability of the entire region.”

Manama pushed the Al-Ballouchi, Al-Bouflassat and Jalahimat Bahraini families to disown their sons who appeared in the Al-Jazeera program. 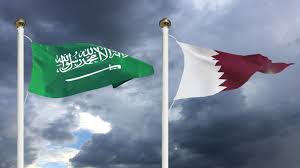