In a report published on Sunday, HRW said that FIFA was legitimizing the building of Israeli settlements in the West Bank—considered illegal under international law—and was sponsoring business activity that supports the settlements.

The New York-based body urged FIFA to force six Israeli football clubs based in settlements in the West Bank to relocate to occupied territories or be banned from competitions recognized by football’s governing body.

The report follows an online petition that has gained more than 150,000 signatures, calling for FIFA official Tokyo Sexwale—who is heading up FIFA’s investigation into the issue—to ban settlement clubs from FIFA-recognized competitions.

More than 60 members of the European Parliament (MEPs) also sent an open letter to FIFA President Gianni Infantino earlier in September, calling for the settlement clubs to be relocated or excluded from the Israeli Football Association (IFA). 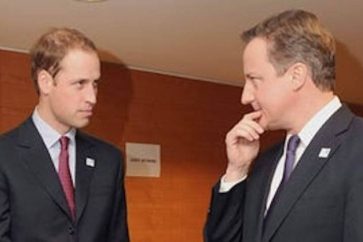 The newly published full version of a report on the FIFA 2018/2022 bidding process alleges the former UK PM tried to persuade South Korea to trade votes in a clear violation of FIFA ethics rules. The publication comes after the report was leaked to German media. The investigation into corruption ...