Lebanese Speaker and head of Amal movement, Nabih Berri, warned on Wednesday the Zionist entity against attacking Lebanon, underscoring the full support to the resistance in face of the Israeli aggressions.

“You have previously tried and got defeated, with humiliation, from the Lebanese quicksand. We assure you that we don’t only support the resistance, but we are the pillars of the resistance,” Berri addressed the Zionists in the context of his speech on the 38th anniversary of the disappearance of key cleric and Amal movement leader Imam Sayyed Moussa Sadr and his comrades at Al-Kassam Square in coastal Lebanese city of Tyre.

In this context, Berri added, “We stress our adherence to the army-people-resistance ‘diamond formula’ and disarming the resistance before eliminating Israel’s threat is a heresy.”

Imam Sayyed Moussa Sadr was a key Lebanese cleric and public figure who had worked on attaining the national unity, socio-political reform and resistance against the Zionist entity  before he disappeared in Libya on August 31, 1978.

The House Speaker said that till this day, nothing has proven that Imam Sadr and his comrades are dead.

“All the claims that have been concocted concerning this issue remain imaginary and far from the truth. This has been an Arab and Islamic cause for the last 38 years. We will not allow any suspicious relations or normalization attempts with Libya before this whole matter is cleared out,” Berri pledged.

He went on to address the Lebanese government, pushing for more appropriate care handling Imam Sadr’s case. He also called on judicial bodies to protect the Judges working on this issue.

Touching on the simmering political scene, Speaker Berri said that electing a new Lebanese President was not enough to end the flaring political disagreements in Lebanon.

“Let us stop political absurdity and commit to the Constitution. In the face of the forces that are continuing their coup against the political life, we will resort to the power of the people if needed,” he added.

“Confidence in the State will remain shaken if there is no president but this does not mean that the country must be deprived of legislation, security and administration,” Berri went on to say.

He also reiterated his call for a so-called “package deal,” noting that an agreement over the presidency alone “would not be enough.”

“We should agree on an electoral law and on the formation of the next government, which would definitely allow the election of a president,” the speaker added.

“Proportional representation is the cure for our national diseases and it is the vehicle that can transport us to citizenship rather than isolation and bigotry,” he said, referring to the electoral law.

“The State that does not implement its Constitution and claims that proportional representation requires ‘a teacher’ would be trying to impose ignorance on its citizens,” Berri stated.

Touching on the dwindling job opportunities in Lebanon, the House Speaker urged the government to provide Lebanese youth with more career openings. 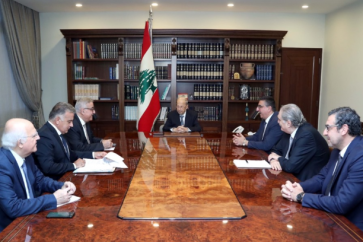