At least five people, most of whom are children, were martyred and 10 were injured as a result of an Israeli airstrike that targeted Jabalya Camp, increasing the number of martyrs since the beginning of the Israeli aggression to 31, including six children, and bringing the number of wounded to 210.

On Saturday evening, Palestinian Civil Defense crews managed to retrieve the bodies of a woman and her son from inside a house that was bombed by Israeli occupation warplanes in Al-Sha`out Camp in Rafah, south of the Gaza Strip.

At dawn, the Civil Defense in Gaza announced that a third, unidentified martyr had been pulled out from under the rubble in western Rafah.

The Palestinian Interior Ministry confirmed that Civil Defense crews retrieved the bodies of eight martyrs, including a 14-year-old child and three women.

Among the martyrs was a member of the Islamic Jihad Military Council and commander of the southern region, Khaled Mansour.

The Islamic Jihad movement announced the martyrdom of Ziad Al-Mudallal, son of the leader Ahmad Al-Mudallal, after Israeli warplanes targeted a house consisting of three stories, which led to the death of two civilians, including Al-Mudallal, while about 40 civilians were wounded.

The joint room of the Palestinian Resistance factions vowed that the Resistance’s response is underway.

This comes as the Palestinian Resistance intensified launching rockets toward Israeli settlements.

On Friday, the Israeli occupation began an aggression against the Gaza Strip, targeting Al-Quds Brigades Commander Taiseer Al-Jaabari, a military commander in the Strip.

In response, Al-Quds Brigades launched an operation in response to the Israeli occupation’s aggression on Gaza by launching salvoes of rockets toward the occupied Palestinian territories.

On Sunday, Israeli media reported that the Israeli occupation forces monitored the firing of about 580 rockets from the Gaza Strip since the start of “Operation Breaking Dawn.”

‘Israel’ Braces for Escalation After Committing Massacre in Jenin 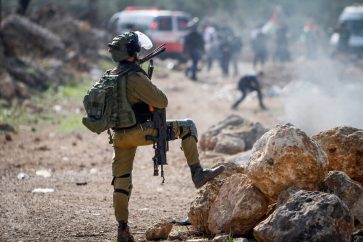 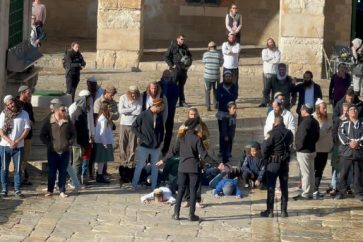