China Reaffirms Refusal to Comply with US Sanctions on Iran

China’s Foreign Ministry Spokesperson Zhao Lijian expressed on Thursday during a press conference his comments regarding the imposed US sanctions on a network of Chinese, Emirati, and other companies that are accused of helping to deliver and sell Iranian petroleum and petrochemical products to East Asia.

He said, “China has always been firmly opposed to illegal and unjustifiable unilateral sanctions and so-called long-arm jurisdiction by the US. We urge the US side to abandon the wrong practice of resorting to sanctions at every turn and contribute positively to negotiations on resuming compliance with the JCPOA.”

He added that “the international community, including China, has conducted normal cooperation with Iran within the framework of international law. This is reasonable and lawful without harm done to any third party, and deserves to be respected and protected.”

The reinstatement of US sanctions after Donald Trump’s 2018 withdrawal from the Vienna Nuclear Agreement plunged Iran into a very difficult economic situation (9.5% drop in GDP in 2019) and prompted it to get closer to China. Spectacularly, bilateral trade increased from $4 billion in 2003 to $51.8 billion in 2014, making Beijing Tehran’s leading economic partner (25% of total trade in 2019-2020).

This privileged relationship resulted in the signing, in March 2021, of a trade agreement of 400 billion dollars for a period of 25 years between the two countries, the strategic “Lion-Dragon deal.” This alliance was also militarily expressed through the sale of arms, as well as joint naval maneuvers alongside Russia. This new Sino-Iranian proximity is reshuffling the cards in the Middle East. It also weighs on Chinese relations with “Israel” with whom Beijing had heated its exchanges in recent years.

China US sanctions on Iran 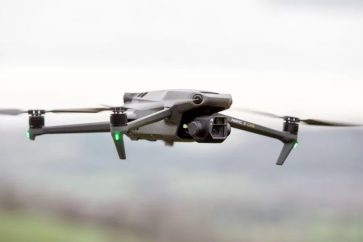 China Develops Drones that Can Stay in the Air ‘Forever’ 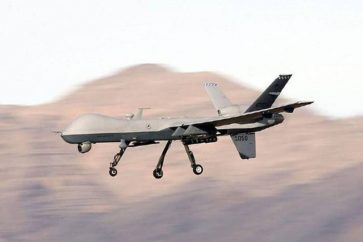