Hezbollah mourned on Friday the martyr Mohammad Tahhan who was killed by the Zionist fire during a demonstration on the Lebanese-Palestinian borders in support of Gaza against the Israeli aggression.

Al-Manar reporter mentioned that the Zionist occupation forces opened fire at a popular demonstration on Lebanon’s border with the occupied Palestine, adding that the martyr was holding the Palestinian flag when he was shot by the enemy troops.

126 Palestinians were martyred and 950 others were injured in the ongoing Israeli aggression on Gaza. The Palestinian resistance has fired around 2500 missiles at the Zionist cities and settlements since the start of the aggression on May 10, inflicting heavy losses upon the Israelis. 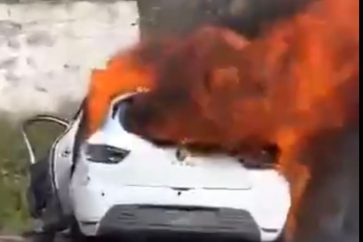