President of the European Commission Ursula von der Leyen has announced a set of contingency measures the sides, the EU and Britain, have worked out to apply post-Brexit, while acknowleding the talks over trade and governance arrangements following the UK’s divorce from the bloc are ongoing. However, there is no guarantee, she said, that even if or when they lead to a certain accord, it will take force “on time”.

The EU Commission chief announced they had worked out measures that would apply should Britain and the European Union fail to agree upon a trade deal by the end of the year, as scheduled.

Negotiations are still ongoing but the end of the transition is near. There is no guarantee that if & when an agreement is found it can enter into force on time. We have to be prepared including for not having a deal in place on 1 January.

The measures would allow smooth air and road travel for the next few months, among other things, von der Leyen said.

“Our responsibility is to be prepared for all eventualities”, she tweeted in her statement.

In the first place, the Commission proposes a one-year legal framework for contested fisheries, until a clear-cut agreement with the UK on fishing quotas comes along. Yet another tabled regulation covers “basic connectivity with regard to both road freight, and road passenger transport for 6 months”, provided the UK makes the same assurances with regard to EU haulers.

Ms von der Leyen went on to detail the third regulation, asserting it would ensure that various safety certificates for products will continue to apply on EU aircraft without disruption, so that there will be no need to ground them.

Following the comments, Irish Foreign Minister Simon Coveney weighed in stressing that the absence of a breakthrough last night is a worrisome signal, highlighting the divisions between the parties to the long sought-after agreement are still “very wide”.

As time is almost up for a deal to arrive – before the transition period expires on 31 December – there has been widespread speculation that the sides will round off this year’s heated negotiations without a proper agreement, meaning WTO rules would apply to the UK starting from January. 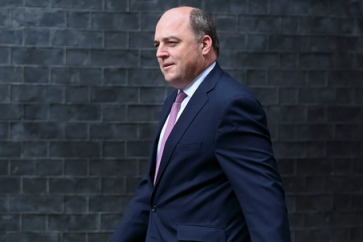