China has censured the United States for ending the last remaining sanctions waivers in a landmark nuclear deal signed between Iran and world powers in 2015, warning that the move will undermine international non-proliferation progress.

Speaking at a regular press conference in Beijing on Friday, Chinese Foreign Ministry Spokesman Zhao Lijian said the move would also hamper “shared efforts” made by parties to the nuclear deal, officially known as the Joint Comprehensive Plan of Action (JCPOA), to maintain the agreement after the unilateral US withdrawal.

“It [US decision] demonstrates its consistent pattern of unilateral and hegemonic practice. China is firmly opposed to that,” Zhao added.

Hawkish US Secretary of State Mike Pompeo said on Wednesday that Washington had ended the last remaining sanctions waivers in the JCPOA.

“Today, I am ending the sanctions waiver for JCPOA-related projects in Iran, effective in 60 days,” Pompeo wrote on Twitter.

Iran’s Ambassador to the United Nations Majid Takht Ravanchi said on Thursday that the US has destroyed the last means of retention of the JCPOA by ending waivers for sanctions prohibiting nuclear cooperation with Tehran.

In May 2018, US President Donald Trump took an illegal and unilateral decision to end Washington’s participation in the nuclear deal and re-impose the sanctions that the agreement had lifted, in defiance of the fact that the accord has been endorsed by the UN Security Council in the form of Resolution 2231.

The Chinese Foreign Ministry official noted that the JCPOA is a multilateral agreement endorsed by that resolution, emphasizing that the deal “is an important component of the international non-proliferation regime and is essential to peace and stability in the Middle East.”

“Arrangements in this deal regarding nuclear programs reflect a balance of Iran’s non-proliferation obligations and rights to peaceful uses of nuclear energy, and embody the purpose and principle of the Treaty on the Non-Proliferation of Nuclear Weapons,” Zhao pointed out.

“Complying with and acting on these arrangements serves all parties’ common interests and is a shared responsibility,” he said.

The Chinese diplomat criticized the US for sticking to its maximum pressure campaign on Iran, saying, “It has not only unilaterally withdrawn from the JCPOA in violation of the UNSCR, but also ratcheted up efforts to thwart other parties’ implementation of the deal.”

He described the Arak reactor conversion as an “important” part of the JCPOA and a joint project of its signatories, expressing Beijing’s readiness to “work with other parties to continue upholding the deal and safeguarding its own legitimate rights and interests.”

Russia’s Foreign Ministry Spokeswoman Maria Zakharova also on Thursday condemned the United States for undermining international security by deciding to end the waivers and withdraw from a number of international treaties, including a recent one pertaining to unarmed surveillance flights.

“The nature of this behavior is clearly disruptive,” Zakharova told reporters, adding, “Washington’s actions are becoming more and more dangerous and unpredictable.” 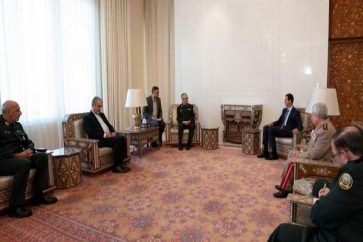 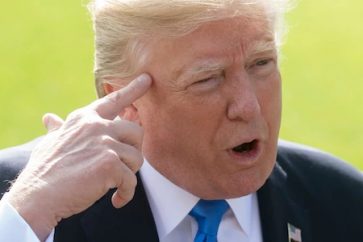