After the Syrian army managed to regain control over swathes of territories in Aleppo western countryside, secure the city, and defeat the terrorist groups, the political effects of this victory started to appear.

Since the beginning of the crisis in 2011, the Turkish president Recep Tayyip Erdogan has taken a hostile position against the Syrian government, circulating allegations about massacres and terror acts to stir sedition and prepare for a military intervention against the national country.

In 2012, Erdogan said, “My prayer at the Umayyad Mosque is imminent.”

Turkey has also supported the terrorist groups in Syria’s northern provinces, Aleppo and Idlib, in their fight against the national army, deploying its troops in the so-called monitor positions.

The Syrian army victory has besieged the Turkish military deployment in Syria after defeating the affiliated militant groups, according to the Syrian MP Mohannad Al-Hajj Ali who added that during the negotiations, Ankara will be obliged to withdraw troops till the borders.

All those developments indicate that the Turkish dreams and schemes in Syria have collapsed, thanks to the divine will, that enabled the Syrian people, leadership and army supported by the allies, to defeat the terrorist group. 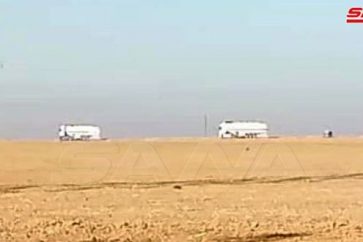