Lebanese Army confronted attempts by bandits to cut off roads in several areas across Lebanon.

Meanwhile at the Coal intersection in the capital Beirut, bandits placed waste containers, obstacles and stones in the middle of the road, preventing people from passing. The Lebanese Army then deployed in the area and removed all the obstacles from the road, local media reported. Similar attempt by bandits took place at the neighboring Kaskas area, but was confronted by the Lebanese Army.

Later on Tuesday, National News Agency reported Tripoli witnessed attempts to block roads and prevent buses of students and employees heading to school and work from reaching their destinations.

“Protestors placed waste containers, obstacles and stones in the middle of some sub-arterial roads, but the army immediately opened all lanes,” the NNA reported. 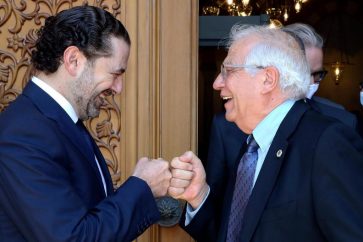