Arab foreign ministers condemned a plan by Israeli Prime Minister Benjamin Netanyahu to annex the Jordan Valley and the northern Dead Sea if reelected as “aggression.”

Speaking to the press a week before Israeli general election, Netanyahu also said that the Trump administration’s peace plan, which he said would be released days after the election, would provide a “historic opportunity” for annexing the West Bank and other areas.

The Arab League “considers his announcement a dangerous development and a new Israeli aggression by declaring the intention to violate the international law,” Arab foreign ministers said in a statement after a meeting in Cairo.

“The league regards these statements as undermining the chances of any progress in the peace process and will torpedo all its foundations,” the statement said.

Arab foreign ministers had been holding a meeting in Cairo, seat of the Arab League, but added an emergency session after Netanyahu made his comments on live television.

The Jordan Valley stretches from the Dead Sea in the south to Beit Shean in the north, bordering Jordan in the east. The 2,400-square-kilometer (926.65-square-mile) valley accounts for nearly 30 percent of the territory in the West Bank. The Zionist entity has long said it intends to maintain military control there under any peace agreement with the Palestinians. 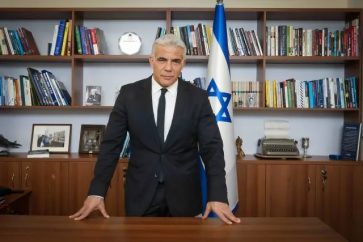