In a joint operation, the Yemeni Air and Rocketry Force launched a medium-range ballistic missile and an armed drone at a military parade for the Saudi-led forces in the southern city of Aden.

The spokesman of the armed forces, Brigadier General Yahia Sari, said the parade “was being used to prepare for an advance on Taez and Dalea.” The Yemeni spokesman said a senior Saudi commander was among those killed. 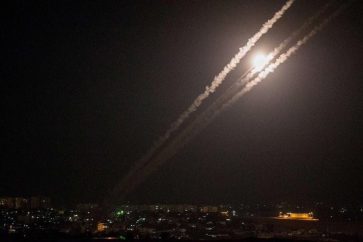