Leader of Islamic Revolution IN Iran, Imam Sayyed Ali Khamenei stressed that the Iranian nation will never retreat “in the face of the cruel US sanctions.”

Addressing a meeting with senior Judiciary officials in Tehran on Wednesday, Imam Khamenei described US’ talks offer as a ploy, noting that “when the enemy fails to reach its goals it resorts to negotiations.”

“The Iranian people have been wronged [by the US economic sanctions], but they are not weak. The nation will attain all its goals,” the Leader said at the Imam Khomeni Hussayniyah.

Commending the significance of justice and the Iranian nation’s resistance against the all-out pressures by what the leader calls the international arrogance in the past decades, Imam Khamenei said, “For the past 40 years, they [the US] have failed to defeat the Iranian nation.”

Imam Khamenei hailed the Iranian people, stressed that their will is getting firmer, despite pressure exerted by enemies.

“No matter how pressure on Iranian nation increases, it will have no impact because our people seek development.”

His eminence lashed out at the US, stressing that Washington is the “side who stirs up wars and loots the region’s wealth.” 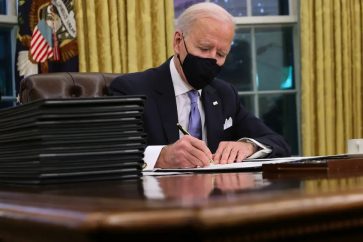