Rouhani: US Isolated against Iran

Iranian President Hassan Rouhani said on Saturday that the United States was isolated among its traditional allies in its confrontation with Iran, and that even Europe was siding with Tehran against the reposition of US sanctions.

“It does not happen often that the US makes a decision and its traditional allies abandon it,” Rouhani told parliament in a speech carried live on state television.

“A year ago no one would have believed … that Europe would stand with Iran and against America,” Rouhani said.

“Russia, China, India, the European Union, and some African and Latin American countries are our friends. We have to work with them and attract investments,” Rouhani added.

Rouhani was speaking at the start of a parliament session to discuss a cabinet reshuffle which includes a proposed new economy minister, academic Farhad Dejpasand, who is widely seen as a technocrat, and three other economy-linked ministers. 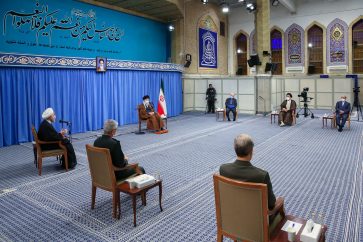