Iran’s Foreign Ministry lauded the International Court of Justice’s ruling on the country’s lawsuit against the US for breaching the 1955 Treaty of Amity and re-imposing sanctions on Tehran.

In a victory for Tehran against Washington, the International Court of Justice (ICJ) has ordered the United States to halt the unilateral sanctions it recently re-imposed on “humanitarian” supplies to Iran.

The Hague-based court, which is the principal judicial organ of the United Nations, announced its ruling on Wednesday regarding the July lawsuit brought by Tehran against Washington’s decision to re-impose unilateral sanctions following the US exit from the the 2015 nuclear deal.

In a statement on Wednesday, the Foreign Ministry welcomed the ICJ’s ruling in favor of Iran and its verdict against the US government’s illegal move to re-impose unilateral sanctions on Iran after withdrawing from the 2015 Iran nuclear deal.

The statement hailed the court’s unanimous decision as “another clear proof of rightfulness of the Islamic Republic of Iran and of the illegitimate and cruel nature of American sanctions against the Iranian people.”

Iran’s lawsuit argued that the sanctions violate the terms of the 1955 Treaty of Amity between Iran and the US. It also called on the court to order Washington to immediately suspend the measures.

On Wednesday, the UN’s top tribunal – known as the World Court — unanimously ruled that the US must ensure that the re-imposed sanctions do not impact humanitarian aid or civil aviation safety.

According to the verdict, which was read out by Judge Abdulqawi Ahmed Yusuf, Washington “shall remove by means of its choosing any impediments arising from the measures announced on May 8 to the free exportation to Iran of medicines and medical devices, food and agricultural commodities” as well as airplane parts.

The court further said that sanctions on goods “required for humanitarian needs… may have a serious detrimental impact on the health and lives of individuals on the territory of Iran.”

US sanctions on aircraft spare parts also had the “potential to endanger civil aviation safety in Iran and the lives of its users,” it added. 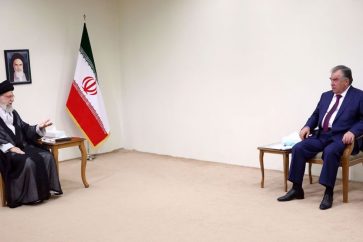 Iran FM: US ‘Imposing New Conditions’ for Removal of Sanctions

Raisi: Good Agreement to Be Reached if Other Side Lifts Sanctions