Palestinians Warn against Plot to Break up UN Refugee Agency

Palestinians have warned of a plot to “dismantle” the United Nations Relief and Works Agency for Palestine Refugees (UNRWA) after the body announced it will delegate its humanitarian services for more than 5 million Palestinian refugees living in dozens of refugee camps to other organizations to overcome its severe financial crisis.

The UNRWA is “not just about the delivery of services,” Muhammed Shehada from the Swiss-based Euro-Mediterranean Human Rights Monitor said.

“As long as UNRWA is there, it’s a reminder that the international community has a responsibility to solve the issue of Palestinian refugees,” he told AFP news agency.

Shehada further argued that any “de-prioritization” of the agency would be seen as diminishing “the Palestinian cause in general.”

Last month, UNRWA Commissioner-General Philippe Lazzarini said in a letter to the Palestinian refugees that the agency could ask other UN bodies to help with service delivery.

“This year, a very harsh winter and the impact of the war in Ukraine on prices of food and fuel in the region add to the daily hardship you are facing. I witnessed this firsthand a few days ago when I met with Palestine refugees in Khan Danoun Camp and Yarmouk in Syria, many refugees shared with me their struggle to meet their basic needs and how the socio-economic situation compels them to return to live amid the rubble in Yarmouk,” the letter dated April 23 read.

He indicated the economic hardship the Palestinian refugees suffer in the occupied West Bank, besieged Gaza Strip, Jordan and Lebanon, is due to security and unstable economic situations in those countries.

“The painful reality is that in the last ten years, and despite immense outreach and fund-raising efforts, the resources available to UNRWA have stagnated, while the needs of Palestine refugees and cost of operations keep increasing,” Lazzarini said.

“The now chronic underfunding of UNRWA is the result of a combination of shifting geopolitical priorities, new regional dynamics, and the emergence of new humanitarian crises compounded by donor fatigue for one of the world’s longest unresolved conflicts. All these have led to a clear de-prioritization of the Palestinian issue, including most recently among some donors from the Arab region,” the letter said.

Palestinians view those remarks as a potentially devastating blow to UNRWA’s long-term mission.

Palestinian Prime Minister Mohammad Shtayyeh said the plan would “violate” the UN resolutions that set up UNRWA, while the Palestine Liberation Organization said refugees would be outraged.

Mohammad al-Madhoun, a senior official with the Palestinian resistance movement Hamas, described the proposal as “an attempt to dismantle UNRWA as a prelude to ending its work.”

Samer Sinijlawi, the chairman of the al-Quds Development Fund and a member of Fatah resistance movement, stated that Lazzarini’s proposal was in part an attempt to test “the Palestinian pulse” ahead of a 2023 UN General Assembly vote on renewing UNRWA’s mandate.

But it also gave “a green light” to countries that have been trying “to manipulate this mandate and gradually end the work of UNRWA,” Sinijlawi told AFP.

He accused Lazzarini of overstepping his authority, arguing that his job was not to consider scaling back UNRWA’s work but rather to implement UN resolutions on Palestinian refugees, especially on the right of return.

Meanwhile, former agency spokesman Chris Gunness said that “even if UNRWA is dismantled or its services farmed out, Palestine refugees remain human beings with inalienable rights.”

He stressed that while any blow to UNRWA’s future could be perceived as a win for Israel, it would not mean that “Palestinian refugees and their right of return will magically evaporate.”

UNRWA was established in 1949, a year after the creation of the Israeli regime. The UN body is a frontline provider of healthcare, education and other services to some 5.7 million Palestinian refugees spread across the occupied Palestinian territories, as well as in Lebanon, Syria and Jordan.

The agency, with more than 30,000 employees and a budget of some $1.6 billion this year, has long been a target of Israeli criticism. The Tel Aviv regime has accused it of teaching anti-Zionist messages at its schools.

The body has, in return, firmly defended its school curriculum against pro-Israel critics.

Former US president Donald Trump publicly sided with Israel in blasting UNRWA and cut off its funding. 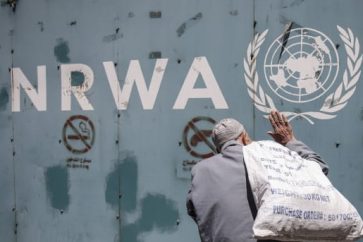 UN Extends Mandate for UNRWA Despite US opposition 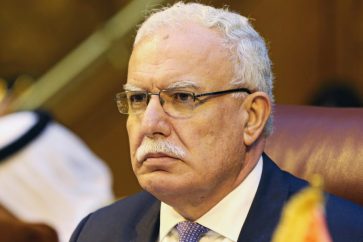