This image shows a Hezbollah fighter saluting the Statue of Jesus in the Syrian town of Saidnaya. The picture was taken in 2017, when Hezbollah fighters were engaged in fierce clashes aimed at cleansing Syria from Takfiri terrorists.

It was said that this fighter was martyred several months after this photo was captured.

Hezbollah Secretary General Sayyed Hasan Nasrallah on Monday (October 18, 2021) lashed out at Lebanese Forces party and its leader for portraying the Lebanese Resistance movement as an enemy and a threat to the Christians.

Sayyed Nasrallah stressed that Hezbollah has been for years defending the people in Lebanon and Syria, including the Christians, citing fierce battles with Takfiri terrorists in the two countries. 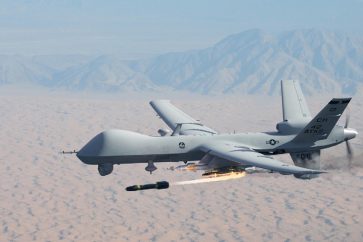