Pakistan is hosting a virtual meeting of foreign ministers from countries neighboring Afghanistan to discuss the situation there.

Pakistan’s Foreign Minister Shah Mahmood Qureshi will preside over the meeting, which aims “to work together for the shared objective of a peaceful and stable Afghanistan, which is essential to forge strong economic links.”

The development comes a day after the Taliban announced an interim government for Afghanistan, stacked with veterans from their hardline rule in the 1990s and the 20-year battle against the US-led coalition.

So far Pakistan has not commented on the formation of the interim government. 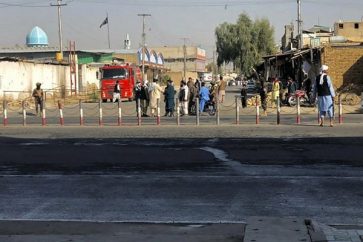