Iran’s Raisi: Dialogue with Neighbors Priority of Next Government’s Diplomacy

Iranian President-elect Ebrahim Raisi described the expansion of Iran-Oman ties as a goal that can be achieved due to the two nations’ mutual political trust, and emphasized that his administration will prioritize dialogue with country’s neighbors.

In a Saturday phone discussion with Omani Sultan Haitham bin Tarik Al Said, Raisi stated that no regional or international circumstances could ever jeopardize the two countries’ cordial relations.

He also said he believes that the current degree of relations between the two nations is considerably below the expected level, describing Tehran-Muscat connections as “ever growing.”

Raisi described Iran as a reliable neighbor and valued partner for Oman, adding that engagement, conversation, consultation, and compassion with neighbors are significant issues in the region that would be a focus for his government as well, Tasnim news agency reported.

Haitham bin Tariq, for his part, wished Raisi success as Iran’s next president, noting that mutual political trust is one of the most significant aspects in the proximity of Tehran and Muscat, as well as closer relations between the two nations. 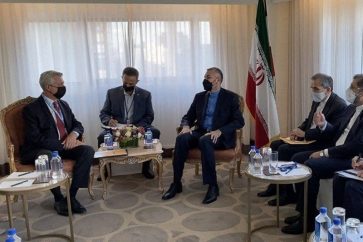