Kerry to Meet Lavrov in Geneva on Friday: Ukraine, Syria on Agenda

US Secretary of State John Kerry will meet his Russian counterpart Sergei Lavrov in Geneva on Friday for talks on Syria and Ukraine, his spokesman said Wednesday.

Kerry, currently on a visit to Nigeria, had said Monday that he hoped to meet Lavrov this week.

Washington and Moscow have been in contact for weeks over establishing military cooperation to fight the Takfiri ISIL group in Syria.

“Other issues” will also be on the agenda, spokesman John Kirby said, without elaborating.

Kerry will leave Geneva on Monday.

Russia and the United States are on opposite sides of the conflict in Syria, but have a common foe in the ISIL.

The situation in Syria has been further complicated by the launch of an offensive by Turkey — which is said to be aimed at pushing the Takfiris out of the Syrian border town of Jarabulus.

On Ukraine, the United States supports the pro-western government in Kiev and has led sanctions against Moscow for annexing Crimea following a national referendum in 2014 and supporting separatists in the east of the country. 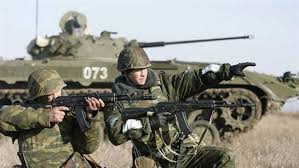