British Prime Minister Boris Johnson and French President Emmanuel Macron hammered out a plan to restart freight across the border starting this week, a report said.

The measures agreed between Johnson and Macron will be announced later and come into effect from December 23, the BBC reported, citing French European Affairs Minister Clement Beaune.

Urgent talks were held after Paris decided to close the border with the UK for 48 hours following the discovery of a new stain of the coronavirus in England. The move left a queue of nearly 1,000 trucks stranded at Dover after they were unable to cross into France.

Johnson said on Monday he understood the “anxieties” of Paris but argued that the “risks of transmission by a solitary driver sitting alone in the cab are really very low.” He promised a swift government response to the new strain of the virus.

More than 40 countries, including Germany, Italy, and Spain, have suspended passenger flights and freight from the UK, leaving it mostly isolated ahead of the holiday season.

The trouble at the border comes at the worst time for Britain as it is engaged in a last-minute effort to avoid a ‘no-deal’ Brexit until December 31. 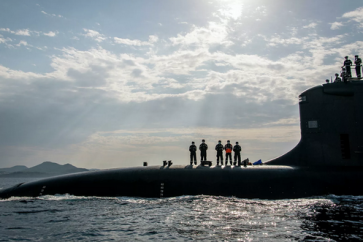