Hezbollah delegation offered condolences on the demise of FM Al-Moallem in presence of the deputy foreign minister Faisal Al-Miqdad, conveying Sayyed Nasrallah’s message which hailed the virtues of the deceased top diplomat.

“He was the foreign minister of the resistance and its fighters,” Sayyed Nasrallah’s message read. 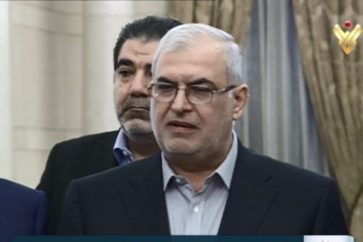