Armenia and Azerbaijan accused each other on Tuesday of violating a ceasefire agreed three days ago to quell fighting over the Nagorno-Karabakh enclave, drawing warnings from international groups of a humanitarian crisis.

The Russia-brokered truce is buckling despite mounting calls from world powers to halt the fighting, with U.S. Secretary of State Mike Pompeo among those urging greater commitment to the ceasefire terms.

Turkey and Armenia exchanged recriminations, each blaming the other for exacerbating the crisis around Nagorno-Karabakh, which is internationally recognized as part of Azerbaijan but governed and populated by ethnic Armenians.

Earlier on Tuesday, a Reuters cameraman witnessed shelling in the Nagorno-Karabakh town of Martuni. A Reuters television crew in Terter in Azerbaijan also said the city centre was being shelled.

Azerbaijan accused Armenia of “grossly violating the humanitarian truce,” which was agreed on Saturday to allow the sides to swap prisoners and bodies of those killed.

Defense Ministry spokesman Vagif Dargiahly said Armenia was shelling the Azeri territories of Goranboy and Aghdam, as well as Terter. Azeri forces were not violating the truce, he added.

The fighting, which erupted on Sept. 27, is the worst since a 1991-94 war over Nagorno-Karabakh that killed about 30,000 people. It is being closely watched abroad because of fears Russia and Turkey could get involved. Russia has a defense pact with Armenia, while Turkey is allied with Azerbaijan. 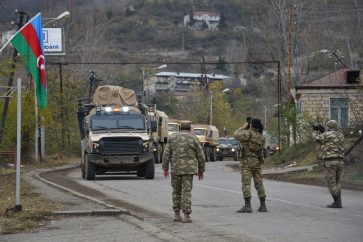 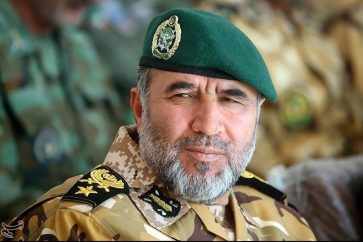