A Palestinian prisoner from the besieged Gaza Strip died on Wednesday in Eshel prison in the Zionist entity’s southern Negev desert, the Palestinian Authority’s Commission of Detainees and Ex-Detainees’ Affairs and his family said.

Saadi Al-Gharably, 75, suffered from a number of health conditions and his family accuse the Israeli prison authorities of negligence.

“Rage in Negev prison with prisoners closing departments there in protest against Israeli medical negligence,” the media office said.

Gharabli, from Shajayeh in the northern Gaza Strip, has served 26 years of his life sentence when he died of prostate cancer.

He was arrested in 1994 and then placed in solitary confinement until 2006 during which he developed various health problems, including diabetes and poor sight and hearing until he recently was diagnosed with prostate cancer.

The Detainees Commission said the “Israeli Prison Service” (IPS) has refused several appeals to move him to Ramla prison clinic for treatment and left him in his cell causing a serious setback to his health until he was said to be in a coma before pronouncing him dead.

There are over 6000 Palestinians imprisoned by occupation authorities, many serving long prison terms and multiple life sentences.

The Commission said 68 Palestinians have died in Israeli jails since the start of the occupation in 1967 due to medical negligence. 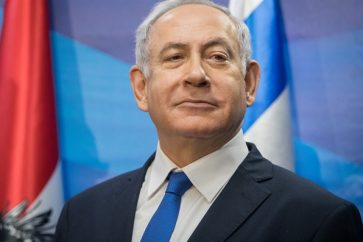