Italy’s Ministry of Foreign Affairs and International Cooperation on Monday confirmed in a phone call with the National News Agency (NNA) that the recent meeting between Italian Foreign Minister, Luigi Di Maio, and his Lebanese counterpart, Nassif Hitti, was “very positive” due to Italy’s keenness to support Lebanon, “which currently suffers from a serious economic crisis that exposes its people to grave risks.”

In this vein, Italy’s Foreign Ministry issued a statement indicating that the meeting had taken place at a very sensitive stage that Lebanon endures. “Italy has reaffirmed its support for Lebanon’s stability and prosperity,” the statement added.

For his part, the Italian minister affirmed his country’s support for the reform process carried out by Lebanon’s Executive Authority headed by Prime Minister, Hassan Diab, “which is a prerequisite to overcome the current difficulties, revive the economy, and meet the legitimate aspirations of the Lebanese people.”

On the security level, Minister Di Maio pointed to Italy’s pioneering contribution to the Lebanese armed forces and security apparatuses through joint training, in line with its commitment to Rome’s Second Conference in 2018.

Di Maio also reaffirmed “Italy’s pledge to remain part and parcel of UNIFIL peacekeepers, as Italy represents the largest number of the task force and plays a fundamental role in the region’s stability.”

It is to note that the meeting between Hitti and Di Maio had also been an occasion to evaluate the main regional dossiers, especially those involving the Israeli-Palestinian peace process and the Syrian crisis. 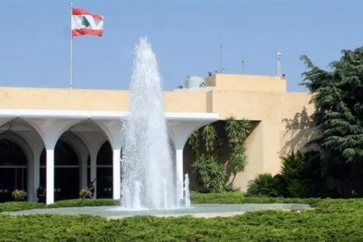