The novel coronavirus continues to claim lives in Brazil, as new cases remain stubbornly high in the Latin American nation.

Brazil recorded 26,051 new confirmed cases of the novel coronavirus in the past 24 hours as well as 602 deaths, the Health Ministry said on Sunday.

Brazil has registered more than 1.6 million cases since the pandemic began, while cumulative deaths total 64,867, according to the ministry.

Brazil is the second worst-hit country by the pandemic after the US. Despite the big numbers, Brazilian President Jair Bolsonaro has refused to acknowledge the gravity of the outbreak, insisting that quarantine and social distancing are not necessary to combat the virus.

The numbers were later brought back after a Supreme Court justice ordered the government to stop suppressing the data.

Coronavirus cases have been rising sharply in Latin American countries, contributing to record numbers of new infections being recorded globally.

The first confirmed case in Latin America was identified in Brazil on 26 February, although researchers have said there are indications that there were cases there as early as January.

Coronavirus has since spread to every country in the region.

Other countries in the region, including Mexico, Chile and Peru, are also battling major outbreaks.

On Saturday, the World Health Organization (WHO) announced that the number of new coronavirus infections in the world has reached a record high — at 212,326 cases — in the past 24 hours for the first time since the global pandemic was declared early this year.

The virus has so far infected some 11.4 million people and killed 533,000 around the world, according to data compiled by Johns Hopkins University.

Some 6,160,000 patients have also recovered from COVID-19, the disease caused by the virus. 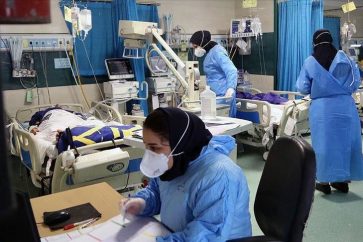