Zarif to Trump: Your Advisers Made a ‘Dumb Bet’ by Urging Withdrawal from JCPOA – Al-Manar TV Lebanon
Menu

Zarif to Trump: Your Advisers Made a ‘Dumb Bet’ by Urging Withdrawal from JCPOA

Iranian Foreign Minister Mohammad Javad Zarif dismissed US President Donald Trump’s call for a “big deal” with Iran, saying Trump’s advisers made a “dumb bet” by urging him to leave the JCPOA and it is now up to him to make up for the mistake by returning to the deal.

“We achieved humanitarian swap *despite* your subordinates’ efforts, @realDonaldTrump,” Zarif said in a tweet on Friday, after two Iranian scientists were released from US jails this week and Iran released American citizen Michael White, who had been sentenced to prison in the country for security crimes.

“And we had a deal when you entered office. Iran & other JCPOA participants never left the table. Your advisors—most fired by now—made a dumb bet. Up to you to decide *when* you want to fix it.” The Iranian Foreign Minister added, referring to the Iran nuclear deal, known as the Joint Comprehensive Plan of Action.

His comments came in response to Trump who hailed the release of White and urged Tehran to make a “big deal” with Washington.

“So great to have Michael home. Just arrived. Very exciting. Thank you to Iran. Don’t wait until after U.S. Election to make the Big deal. I’m going to win. You’ll make a better deal now!” Trump had tweeted earlier on Friday.

The US president in May 2018 announced the end to Washington’s participation in the Iran nuclear deal, and reimposed sanctions on Tehran.

Since his withdrawal from the accord, Trump has sought to enter dialogue with Iran to make a new deal but Iranian officials have dismissed any talks with the US before it returns to the JCPOA.

“So if they want to come back into the room, there is a ticket that they need to purchase and that ticket is to observe the (nuclear) agreement,” he said. 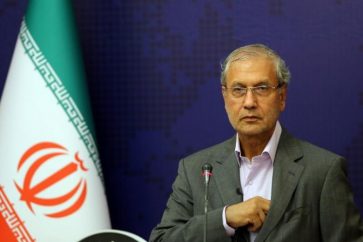