Supreme Leader of the Islamic Revolution in Iran, Imam Sayyed Ali Khamenei lashed out at the Saudi regime for the US and the Zionist regime, stressing that the US move to recognize Al-Quds as a capital of the Zionist entity is fruitless.

Addressing a meeting Tehran with the attendance of parliament speakers from across the world, Imam Khamenei said: “This recent move by the US officials–who have recently been acting more blatantly towards Quds– won’t get anywhere and their moves won’t bear results.”

The leader said that defeating the Zionists in a soft war “is not difficult”.

“I believe that this struggle against the Zionist regime will bear fruit, just as the resistance has progressed today,” his eminence said on the soft war against the Israeli enemy.

“There was a time when the Zionists chanted ‘From Nile to Euphrates,’ today they are building up walls around themselves, so that they can protect themselves on that occupied land,” Imam Khamenei said.

The Leader in this context said that Palestine is a collective country with a history, stressing that it is “from the river to the sea and Al-Quds is undoubtedly its capital.”

On the Saudi regime, Imam Khamenei said: “Governments like Saudi regime, which help the US and the Zionist regime, are certainly betraying the Islamic Ummah and the World of Islam.”

On the other hand, the Leader stressed on the importance of unity among Muslims.

“The World of Islam, with such a large population and plenty of facilities, can certainly create a great power within the world and become influential through unity.” 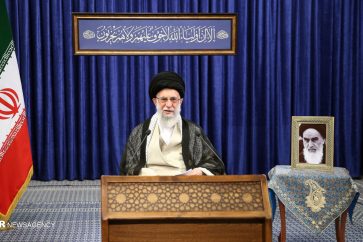 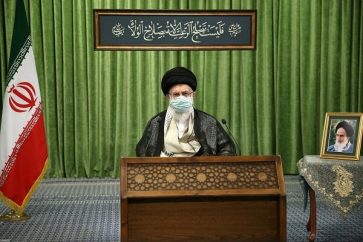 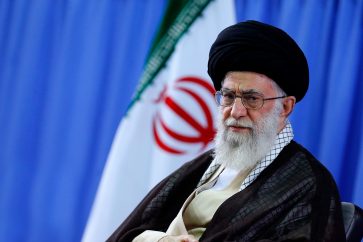 Imam Khamenei to Haniyeh, Nakhale: You Will Witness the Final Victory