DPRK Launches ICBM, Could Reach US on Different Trajectory: Japan

The military in Seoul reported that North Korea fired a suspected intercontinental ballistic missile on Friday that may have been able to reach the US mainland, according to Japan.

According to Prime Minister Fumio Kishida, the missile is thought to have landed in Japan’s exclusive economic zone (EEZ) and the launch was “absolutely unacceptable”.

The launch is Pyongyang’s second in two days.

Tokyo confirmed the launch and said that, according to its calculations, the missile might have had the range to strike the US mainland. The recent wave of launches, according to DPRK, is in retaliation for US efforts to strengthen its defense of regional security allies South Korea and Japan.

DPRK’s intercontinental ballistic missile that was launched earlier in the day could have traveled more than 15,000 kilometers (9,320 miles) and reached the United States if it had been launched on a different trajectory, according to Japanese Defense Minister Yasukazu Hamada on Friday.

“If we calculate based on the trajectory of the intercontinental ballistic missile fired by North Korea today, the range could have exceeded 15,000 kilometers, which includes US territory,” Hamada told a briefing.

Pyongyang’s missile, according to Japanese Chief Cabinet Secretary Hirokazu Matsuno, traveled about 1,000 kilometers and peaked at 6,000 kilometers in altitude.

“North Korea launched an intercontinental ballistic missile at 10:14 a.m. [local time, 01:14 GMT] eastward. At 11:23 a.m., it fell 200 kilometers away from the island of Oshima near Hokkaido within our exclusive economic zone. The missile flew the distance of about 1,000 kilometers at an altitude of some 6,000 kilometers,” Matsuno told a press conference.

The missile’s lofted trajectory, which means it was launched more vertically, allowed for a shorter flight distance, Matsuno added.

Japanese Foreign Minister Fumio Kishida was absent from the emergency Security Council meeting because he is in Thailand for the Asia-Pacific Economic Cooperation (APEC) summit, according to the NHK broadcaster.

DPRK Foreign Minister Choe Son Hui warned on Thursday the US and its allies in the region that Pyongyang would respond to Washington’s efforts to bolster extended deterrence and intensify provocative military activities in the region.

“This launch is … needlessly raises tensions and risks destabilizing the security situation in the region. This action demonstrates that the DPRK continues to prioritize its unlawful weapons of mass destruction and ballistic missile programs over the well-being of its people.  We urge all countries to condemn these violations and call on the DPRK to come to the table for serious negotiations,” the White House said in a statement.

US President Joe Biden was briefed on the situation, the administration said, adding that “his national security team will continue close consultations with Allies and partners — building on the President’s trilateral meeting on Sunday with Prime Minister Kishida Fumio of Japan and President Yoon Suk Yeol of the Republic of Korea.”

“The door has not closed on diplomacy, but Pyongyang must immediately cease its destabilizing actions and instead choose diplomatic engagement.  The United States will take all necessary measures to ensure the security of the American homeland and Republic of Korea and Japanese allies,” the statement read. 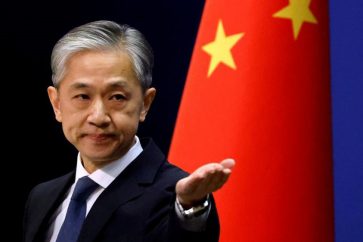 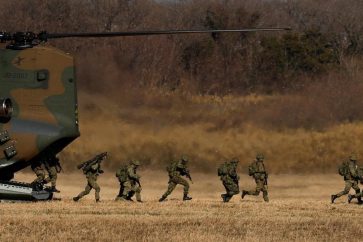