The Palestinian Hamas resistance movement has said that shots fired by Palestinian resistance fighters in the retaliatory operation near an illegal settlement in the southern part of the occupied West Bank are a practical response to the crimes that the Israeli regime is perpetrating against the Palestinians.

Hamas spokesman Hazem Qassem said in a statement that the Saturday night operation close to the illegal Israeli settlement of Kiryat Arba, where an Israeli settler was killed and four other people were wounded, “proves that the resistance front can surprise the occupiers and deal them stinging blows.”

“Resistance bullets are a practical response to the Zionists’ settlement expansion policies, the crimes that they are committing, and their repeated desecrations of the al-Aqsa Mosque compound and the Ibrahimi Mosque,” he underscored.

Moreover, the Popular Front for the Liberation of Palestine (PFLP) also stated that the shooting operation signifies that the spirit of resistance is on the rise among Palestinian from all walks of life, and shows that the dawn of a popular revolution and liberation of occupied Palestinian lands has come.

“Our fighters are able to make the enemy pay for its terrorist crimes anywhere and at any time,” it stated.

Following the aforementioned shooting operation at a checkpoint near Kiryat Arba settlement, which lies in close proximity to the occupied West Bank city of al-Khalil, a young Palestinian man was rammed by an Israeli security official and shot dead by an off-duty soldier in connection with the incident.

He was named by Palestinian media outlets as Muhammed Kamel al-Jabari, a Hamas resistance fighter, whose brother Wael had been serving life in Israeli prison before being freed and sent to the Gaza Strip in the Gilad Shalit prisoner swap deal in 2011.

Images circulated on social media showed that after the attack, sweets were handed to drivers in al-Khalil in celebration, fireworks were fired, and there were chants heard in support of the Palestinian resistance front.

Israeli occupation forces have recently been conducting overnight raids and killings in the northern occupied West Bank, mainly in the cities of Jenin and Nablus, where new groups of Palestinian resistance fighters have been formed.

Panic in ‘Israel’ as Al-Quds Avenges Jenin Massacre: 2 Operations in Less than 24 Hrs 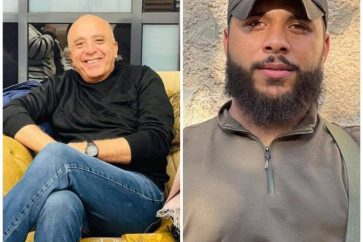