Some 1,200 to Start Mass Hunger Strike in Protest of Israeli Repressive Measures

Some 1,200 Palestinian prisoners are set to launch an open mass hunger strike to protest Israeli repressive measures in jails across occupied territories.

Head of the Palestinian Prisoners Club Kaddoura Fares said the hunger strike, which was planned on Thursday morning, was adjourned for 12 hours and will start on Thursday night.

The delay was aimed at set forth the demands of Palestinian prisoners to the Israeli Prison Service, Fares added, as quoted by Palestine Today.

Earlier on Wednesday, the Supreme National Emergency Committee of the National Captive Movement said the inmates are “united against the occupying Israeli regime’s prison system, backed by a national leadership, and armed with unity.”

The committee noted that the strike will run parallel with other protests against repressive measures being taken by prison wardens and authorities.

The Israeli regime, the committee added, should face pressure from national, regional and international organizations and governments in response to the demands of the prisoners, who have been booked under flimsy and unsubstantiated charges.

“Everyone should work towards exposing Israel’s hateful, racist policies,” it said.

Over 7,000 Palestinian prisoners are currently held in some 17 Israeli jails, with dozens of them serving multiple life sentences.

Israeli authorities keep Palestinian prisoners under deplorable conditions lacking proper hygienic standards. They have also been subject to systematic torture, harassment, and repression all through the years of Israel’s occupation of the Palestinian territories.

According to the Palestine Detainees Studies Center, about 60% of the Palestinian prisoners in Israeli jails suffer from chronic diseases, and a number of them have died in detention or after being released due to the severity of their cases.

The administrative detention is a policy adopted by Israeli occupation to keep Palestinian prisoners in confinement without a trial.

Administrative detainees are arrested on “secret evidence”, unaware of the accusations against them, and are not allowed to defend themselves in court. They are usually held for renewable six-month periods that often lead to years in detention. 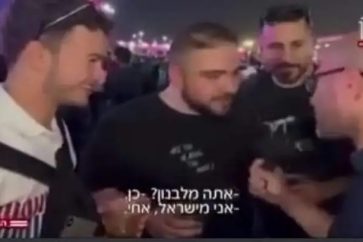 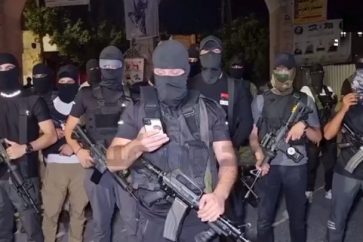