A man, Saudi forces say was a terrorist, detonated a suicide vest he was wearing when security forces attempted to arrest him in Jeddah, Saudi Arabia’s Presidency of State Security said in a statement on Friday.

He died at the scene in the Al-Samer neighborhood in the city, the statement said, adding that a Pakistani resident and three security officers were injured in the explosion.

Abdullah bin Zayed Abdulrahman Al-Bakri Al-Shehri has been listed as a wanted person by authorities in the Kingdom for the past seven years, according to the statement.

Security forces had tracked down the location of the terrorist and launched an operation to arrest him when he set off his suicide vest.

The Presidency of State Security said the operation confirms the Kingdom’s determination to crack down on terrorists and ensure the safety of all citizens and residents.

Release of an Iranian Pilgrim Unjustly Arrested in Saudi Arabia 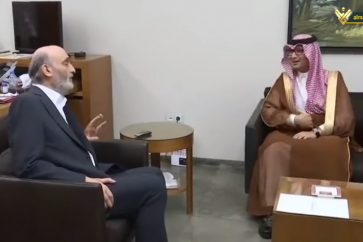