Haaretz: “No Body Was Hurt” Means “No Jew Was Hurt”

An Israeli writer slammed the Israeli media in covering up attacks by occupation soldiers against peaceful Palestinians.

Gideon Levy, a columnist in Israeli daily Haaretz, said “no one bats an eye” on Friday’s killing of a Palestinian innocent man by an Israeli soldier at the Yabrud checkpoint in the West Bank.

” It’s not terror, or apartheid, or racism or dehumanization. It’s only killing a subhuman,” Levy said, noting that military reporters cited contradicting stories about the attack.

“Actually, they (Israeli soldiers) didn’t see a man. They saw a subhuman. They shot him as they were taught. The military reporters reported also as taught: “A terrorist fired a weapon at a pillbox post in Ofra. Nobody was hurt. The force fired back and the terrorist was killed.””

“There is no contradiction between “nobody was hurt” and “the terrorist was killed,” the report added.

“Only Jews can be hurt. An update followed: “The Kfir squad commander, who saw the terrorist throw a firebomb at an IDF pillbox in Silwad, shot and killed him. Nobody was hurt.” Now the shooting had turned into “a firebomb.” A short time later, it was reported: “Apparently, he was mentally unstable. A search on his body resulted with no findings.” In other words, murder.”

Levy said the military reporter in the Zionist entity “buy blindly, fervidly, what the ruling authorities dictate to them.”

“The lies about what happened on Friday at the Yabrud checkpoint were spread by the IDF, of course. Afterward the IDF corrected itself, and only after that did the reporters follow suit and report: “the Palestinian didn’t try to attack the soldiers.” Good evening and Shabbat Shalom,” the Israeli columnist said, referring to Israeli occupation soldiers.

He added that the Palestinian killed was Iyad Hamed, of Silwad, who was on his way to Friday prayers in the mosque.

Years ago he hurt his head in a traffic accident and since then had been mentally unstable. He was 38, a father of three, including a baby. A witness who testified to B’Tselem Saturday, Iyad Hadad, said Hamed had lost his way, panicked when he saw the soldiers at the checkpoint and ran. He ran for his life. He wasn’t armed, he endangered no one, according to the report.

Moreover, Paramedic Yihia Mubarak believes he was shot in the back as he ran. He saw an entry wound in the victim’s back and an exit wound in his chest. Hamed died on the spot.

“Shortly afterward his body was returned. Israel’s lust for bodies was satiated this time, after it transpired that Hamed had been killed although he had done nothing wrong,” Levy said.

“Israel is allowed to do anything. Are the Palestinians allowed to take revenge for the killing of their friend?,” Levy wondered, adding that this question was “ludicrous.”

“If an Israeli dog had been killed by a Palestinian assailant, Israel would have been much more shocked than by Hamed’s killing. A thousand reports are published about every West Bank settler who is murdered, yet Friday’s killing of an innocent man evoked one big yawn. It’s not terror, or apartheid, or racism or dehumanization. It’s only killing a subhuman.”

The Israeli writer also cited another story on Israeli killings of Palestinians.

“I was in Silwad about nine months ago, after Border Policemen killed Mahdia Hamed, a 40-year-old mother of four. The Border Policemen claimed she had tried to run them over with her car, but eyewitnesses testified she had been driving slowly. At home, her 10-month-old infant was waiting to be breast-fed.”

“They shot her several times and the bullets pierced and ran through her body. Nobody was put on trial. The widower, Adiv Hamed, asked me then, in his naivety: “Do the Israelis know what happened? Was there a public debate in Israel after she was killed?””

“I was silent with shame,” Levy concluded. 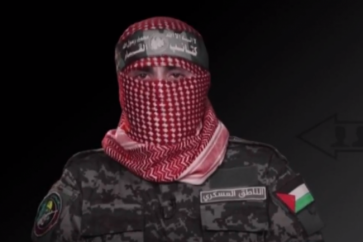