Those behind Gen. Suleimani Assassination Not to Be Safe: Qaani – Al-Manar TV Lebanon
Menu

Those behind Gen. Suleimani Assassination Not to Be Safe: Qaani

Stating that Islamic Republic knows those behind the assassination of Gen. Suleimani, the IRGC Quds Force commander warned that they are under the magnifying glass of all the free people of the world and they will not be safe.

The commander said Iran would never forget the martyrdom of General Suleimani and his comrades, adding that the Islamic Republic knows those behind the targeted assassination of the top Iranian anti-terror commander, including former US President Donald Trump and his Secretary of State Mike Pompeo.

“The criminal Trump and his accomplices, such as Pompeo, are well known to us. Martyr Suleimani had repeatedly humiliated Pompeo in the region and they thought they won by assassinating him,” qaani said. “They are under the magnifying glass of all the free people of the world and they will not be safe.”

Stressing that the Islamic Republic will take revenge for General Suleimani’s assassination in its own way, the IRGC commander said the soaring anti-Washington sentiments in Iraq and said Tehran aspired for the withdrawal of US troops from the region but achieved more than that when Iraq expelled American forces in effect.

“Your exit from the region was part of our plans, but above that, you are now being expelled from Iraq as the noble Iraqi nation will not tolerate the remaining 2,000 of your forces in their country,” he added.

The US terrorist forces assassinated Lt. General Qassem Suleimani, who was among the key figures in the fight against terrorism in Syria and Iraq in the past several years, and Abu Mahdi al-Muhandis, the second-in-command of Iraq’s pro-government Popular Mobilization Units (PMU) in an airstrike ordered by former US President Donald Trump at Baghdad’s international airport on January 3, 2020.

Five days later, in a military operation codenamed Operation Martyr Suleimani, the IRGC launched a volley of ballistic missiles at the Ain al-Asad airbase in Iraq’s western province of Anbar and at another airbase in Erbil in the Iraqi Kurdistan Region.

Iran said the missile strike was only a “first slap” in its process of taking “hard revenge” and that it would not rest under the US military leaves the Middle East in disgrace. 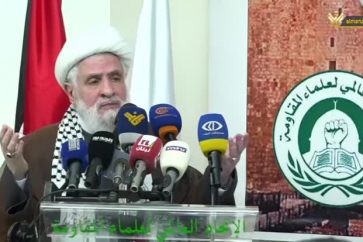 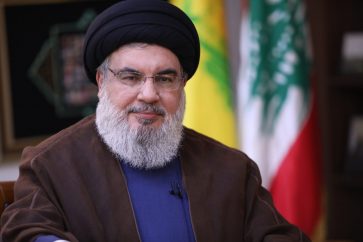