The JCPOA Joint Commission meeting between Iran and P 4+1 ended minutes ago in Vienna and the two sides agreed to continue discussions at the expert level.

Iran and the remaining parties to the Iran nuclear deal or the JCPOA held a meeting within the framework of the JCPOA Joint Commission on Thursday afternoon. The meeting lasted for an hour and a half, according to media reports.

During the meeting, the Iranian representative, Iran’s Deputy Foreign Minister Abbass Araqchi criticized the European parties’ weak reaction to the recent sabotage on Iran’s Natanz nuclear facility. He condemned the attack on Natanz as an example of nuclear terrorism and in blatant violation of international rules, and stressed that the European side should have unanimously and strongly condemned the attack.

Araqchi stressed that Iran’s negotiating team does not want protracted negotiations and a waste of time, and, on the contrary, emphasizes that the talks should take place within a specific framework and according to an acceptable time limit.

With regard to the recent Iran’s move in starting of 60% enrichment, the head of the Iranian delegation stated that that measure was taken within the framework of Iranian law and in accordance with the JCPOA Articles 26 and 36 to meet some of the country’s medical needs.

According to media reports, meetings of the two groups of experts, which began last week for technical consultations on the two areas of sanctions relief and nuclear issues, will continue. The results of their meetings will be announced to the JCPOA Joint Commission.

Earlier, President Hasan Rouhani said that Iran’s decision to start enriching uranium to 60% was a response to the “malicious acts” perpetrated by Iran’s enemies.

Iran’s vowed the start of the 60% enrichment following a suspected Israeli act of sabotage at an Iranian nuclear site Natanz. Tehran has strongly condemned the act of sabotage as “terrorism.” 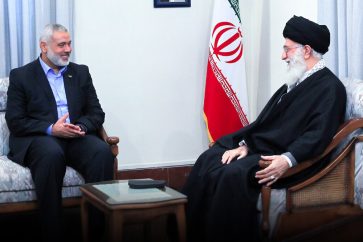