Iran says eight of the vaccines it is formulating locally against COVID-19, the disease caused by the new coronavirus, have made their way onto the World Health Organization (WHO)’s list of 48 promising candidate vaccines.

Kianush Jahanpur, the spokesman of Iran’s Food and Drug Administration made the announcement on Friday in a tweet, which included a screenshot of WHO’s ‘draft landscape of COVID-19 candidate vaccines.’

Iranian scientists, along with researchers from around the world, have been racing to develop safe and effective vaccines aimed at stopping the spread of the highly-infectious respiratory disease.

As many as a dozen teams of Iranian specialists have been working round-the-clock in the field while adhering to international standards and WHO guidelines, out of which four have reported promising results in tests on animals, Iranian Health Minister Saeed Namaki said late last month.

Namaki also said Iran hoped to start human trials of three vaccines in the coming weeks, and that it had already informed the United Nations’ health organ of its achievements.

In parallel with efforts at developing home-made vaccines, Iranian authorities have said the county has plans to pre-purchase foreign versions that pass safety and efficiency tests.

Iran, one of the hardest-hit countries by the outbreak, reported its first cases of the fast-spreading disease in late February, around a month after the virus first showed up in China.

The country is currently grappling with a new wave of the outbreak as the number of infections and the death toll keeps soaring and breaking records.

The Health Ministry on Friday reported 11,738 daily infections, pushing the total number to 738,322. It said 461 patients have also lost their lives to the coronavirus in the past 24 hours, bringing the death toll to 40,582.

Earlier this week, the Iranian administration tightened the coronavirus curbs, ordering a month-long nightly curfew on businesses in Tehran and 30 other major cities and towns.

Pandemic in Iran: Daily Hospitalizations below 300 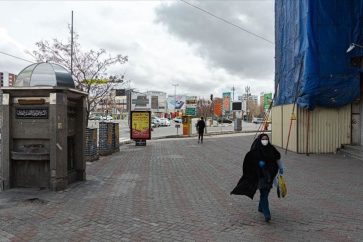