US President Donald Trump has warned that “bad things” will happen to a former senior White House official whose anonymous New York Times op-ed roiled the administration in 2018.

Former Department of Homeland Security Chief of Staff Miles Taylor revealed Tuesday that he was the anonymous author of the scathing op-ed about internal resistance to President Trump within the administration.

Taylor, who resigned from the administration last year and endorsed Democratic nominee Joe Biden this summer, had infuriated Trump by describing him as “impetuous, adversarial, petty and ineffective.”

At a campaign rally in Florida on Thursday, Trump claimed he did not personally know Taylor – a tactic the president often uses to downplay his critics.

“I don’t know who the hell this guy is. So the New York Times said, ‘a senior White House official’ — nobody knew who he was,” Trump said during a campaign rally in Florida on Thursday.

Taylor began his work in the Trump administration as a senior advisor at the Department of Homeland Security in 2017. He was promoted to the position of deputy chief of staff later that year and then became chief of staff, a job which he said involved briefing the president in the White House.

Trump had claimed in February he knew the identity of the op-ed author, telling reporters at the time, “I can’t tell you that.”

At the rally on Thursday, Trump then called for the former official to be prosecuted for writing the op-ed and an anonymous book expanding on it.

“There should be major criminal liability for some scum like this,” the president said, later adding that, “He should be prosecuted along with the New York Times” and that “bad things are going to happen to him.”

The president also reiterated his claim that the press is “truly the enemy of the American people.”

“The state of open dissent in America: the President derides critics as ‘traitors’ and ‘treasonous’; threatens to ‘prosecute’ & ‘lock them up’; and ominously warns ‘bad things’ will happen to them,” he said.

Taylor is far from the only critic Trump has called to be prosecuted in recent months.

US Attorney General Says No Evidence of Decisive Election Fraud 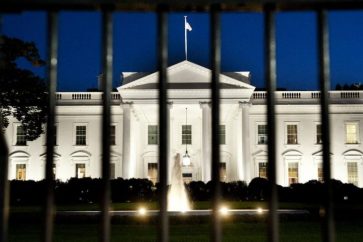