Russian President Vladimir Putin said US exit from Intermediate-Range Nuclear Forces (INF) Treaty was a “grave mistake” which creates the risk of a renewal of the nuclear arms race.

“We consider the US withdrawal from the INF Treaty, as a result of which it has ceased to operate, a serious mistake that increases the risks of unleashing a missile arms race, increasing confrontational potential and sliding into uncontrolled escalation,” read the statement cited by the Kremlin press service on Monday.

According to the Russian president, the INF Treaty, which Washington left back in 2019, was a key element of the global security architecture, and threats to it in Europe were “obvious” due to tensions between NATO and Russia.

“The Treaty played a special role in maintaining predictability and restraint in the missile-related sector throughout Europe”, the Russian strongman said according to Sputnik news agency.

Putin, meanwhile, voiced Russia’s ‘readiness’ to take the necessary steps to play down the impact caused by the Treaty’s demise. 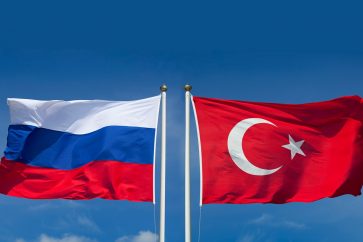