Supreme Leader of the Islamic Revolution in Iran, Imam Sayyed Ali Khamenei said the ‘accursed tree’ of Saudi Arabia rulers, Al Saud, did not deserve to manage holy sites in the Gulf Kingdom.

As he met with families of Iranian pilgrims who were martyred in Mina tragedy last year, Imam Khamenei said the only critical voice against the deaths of pilgrims during last year’s Hajj rituals in Saudi Arabia, criticizing human rights organizations and other countries for choosing to remain silent on the issue.

“Such silence is a scourge plaguing Muslim nations. This is a catastrophe for the Islamic world.”

“Accursed tree of tyrants should be stripped of Hajj duties,” the Leader said, wondering: ” if Al Saud were not to blame in Mina incident, then why they denied access of an independent inquiry?

“Even if this was not deliberate, this much impertinence and incompetence is an offence for a political ruling system,” Imam Khamenei said.

His eminence added that the Saudi government was acting with US support to “shed blood in Yemen, Syria, Iraq and Bahrain”.

“Therefore, America and other supporters of Riyadh are accomplices in Saudi crimes and atrocities,” the Leader said.

On September 24, 2015, a deadly crush occurred after two large masses of pilgrims converged at a crossroads in Mina during the symbolic ceremony of the stoning of Satan in Jamarat.

Saudi Arabia claims nearly 770 people were killed in the incident, but Iranian officials say about 4,700 people, including more than 460 Iranians, lost their lives in the tragedy. The crush was the deadliest incident in the history of the pilgrimage. According to an Associated Press count based on official statements from the 36 countries that lost citizens in the disaster, more than 2,400 pilgrims were killed in the incident. 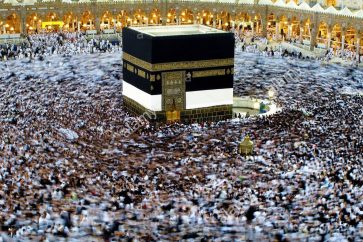 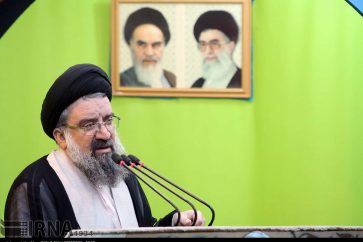 Fact-finding body must be formed to probe Mina tragedy: Iran